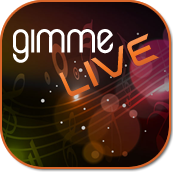 After you chose to ignore our phone calls and emails, we decided it was time for an open letter.

We are Vickie and Peter Van Ness, owners of gimmeLIVE one of the very few independent, family owned and operated music promotion and production companies headquartered in Massachusetts. Until the pandemic, we presented concerts and comedy at various venues, including, the award-winning 9 Wallis in Beverly, MA which has become known as the most intimate, elegant listening room north of Boston.

Our business has been ordered closed since March 15th. We lost 100% of our revenue and concertgoers keep asking for refunds. Amid the pandemic--and because of the devastating emotional toll it is taking on everyone--we feel an obligation to the community of artists and music lovers we serve. We poured a tremendous amount of energy into keeping 9 Wallis from having to close forever and finding a safe way to bring the healing power of live music to people who need it now more than ever.

Since July we have been presenting safe, socially distanced Drive In Concerts in a 100K+ sq. ft. lot on 80 acres in Manchester-by-the-Sea, MA. Response has been extraordinary. We've hosted Grammy winners, rock, blues and soul music legends and young, rising stars. Artists and fans tell us they feel better and have more energy after experiencing our shows. For many artists, it's their first paid show in over 5 months.

Artists, fans and the police officers who worked the shows have universally praised our concerts, not only for their performance quality, but especially for their safety. Many artists told us they were willing to perform at our series, but not in other venues because ours was safe. For most fans, it was their first concert (and for many it was their first outing) since March -- and they felt safe enough to come back for another.

Science has proven that live music reduces stress and promotes joy and peace in our community. But these shows will not go on. Your confusing, conflicting, draconian rules have scared the Board of Health in Manchester-by-the-Sea into placing an attendance limit of 50 people, including performers, crew, staff, etc., which effectively shuts them down, while scores of MA restaurants host hundreds of people indoors and outdoors for live music where performers are less than 6 feet from the audience.

I can no longer believe that your rules are based on science or data given the many exceptions to your Order 46 and the fact that you allow hundreds of other businesses to host many more than 50 people indoors for periods of time at least as long -- and often much longer -- than a performance, including restaurants, casinos (although family-run arcades remain closed), malls, stores, offices, factories, fitness centers, car dealers, cruises, airports, airplanes (they don't even have to follow social distancing)...and schools.

The absurd inconsistencies in your rules do have a thread, though. They reveal a strong bias in favor of big businesses and organizations with power and influence. Here are just 3 examples:

1) While 2/3 of all the COVID-19 deaths in MA have occurred in nursing homes, making them the most dangerous places on Earth, they were allowed to accept visitors (even indoors) in early June.

2) Big box stores like Walmart, Target & Home Depot that attract hundreds of people a day to a relatively dirty indoor venue were allowed to stay open -- even during your lockdown -- while small stores and restaurants that attract many fewer people into a usually much cleaner environment were ordered to close.

3) At every news conference I've seen you share a mic with several people who also touch the podium. But the mic and podium are not sanitized between speakers. That can only mean one thing: you don't really believe the virus can spread in the way you've ordered the rest of us to supposedly prevent.

Our fan base includes people of all ages and persuasions. Many are dying to get back to concerts. They feel a hole in their hearts left by the absence of live music. And they are suffering as a result. Indeed, the lack of culture in their lives may well be adversely affecting their health. Your war on music forces these people to go to NH, RI and CT -- or worse, to host backyard concerts, which promote exactly the kinds of gatherings you say you're trying to avoid.

Some of our other fans are concerned about catching COVID-19 and say they will not attend a live concert until there is a cure or a vaccine. We respect both feelings--and all the ones in between. Isn't it time to allow the people of Massachusetts to decide what risks make sense for them rather than dictating to everyone what they can and cannot do without knowing anything about them?