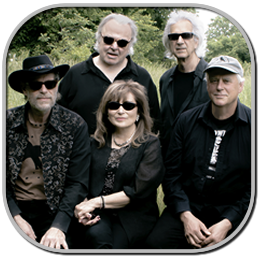 Grammy nominated, Blues Hall of Famers Professor Louie & The Crowmatix repertoire is steeped in American roots music. Rick Danko of The Band christened Crowmatix' leader Professor Louie due to his work producing and playing on The Band's last 3 CDs.

"Pure proof The Band wouldn't have had a 90's career bounce if Louie didn't have his hand on the wheel. Now we finally know who the real wheel that was on fire was"
--Chris Spector, Editor and Publisher Midwest Record

Don't miss your only chance to catch Roots Music Royalty in Massachusetts this summer! 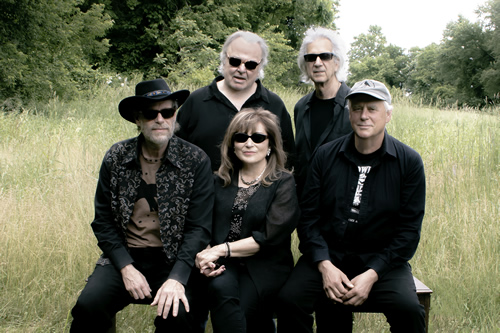 Professor Louie & The Crowmatix began as the studio backing band for Aaron "Professor Louie's" musical productions for the Rock and Roll Hall of Fame Inductees, The Band. Rick Danko christened him Professor Louie due to his work and friendship with The Band. Louie collaborated with The Band for over 17 Years producing, playing on The Band's last Three CD's in the 90's

Professor Louie & The Crowmatix repertoire is steeped in American roots music. Their 2019 release, Songs Of Inspiration was described in Goldmine magazine "there's such fire and enthusiasm in the band's playing-there's a branch of Americana that is all their own work and with Songs of Inspiration, their very roots feel suddenly unique."--Goldmine-Dave Thompson 3/21/19

August of 2019 Woodstock Records will release a new CD "Miles of Blues". In 2018 their EP The Lost Band Tracks on Funzalo/Woodstock Records was released receiving great reviews and radio airplay. Their 2017 recording Crowin' The Blues was voted in the top 50 CD's of 2017 by RMR Contemporary Blues Charts crossing over to The Americana Charts and Jam Band Charts. Professor Louie & The Crowmatix have 14 CD's on The Woodstock Records label

"Pure proof The Band wouldn't have had a 90's career bounce if Louie didn't have his hand on the wheel. Now we finally know who the real wheel that was on fire was"--Chris Spector, Editor and Publisher Midwest Record

PL&C have been inducted into Blues Hall Of Fame, New York Chapter and hold a permanent place in The Canada South Blues Museum.

Professor Louie (Keys-Accordion,Vocals) collaborated with The Rock n Roll Hall Of Fame group The Band for over 16 years.

John Platania (Guitar-Vocals) known for his great performances with Van Morrison for over thirty years and collaborated with Van creating some top hits such as Domino.

"I've never been so impressed by a band--this is the best live band in the country right now and they have such a deep heritage in blues and rock and roll." -- Jeff Wignall - WPKN Music Director

"All the best parts of great music are on display with Professor Louie & The Crowmatix. It's clear these folks are driven to match the all time greats." --Cash Box