Tenor Fred C. VanNess Jr., noted for having a "domineering, fine voice" will be performing a unique concert of songs and monologue with noted accompanist and vocal coach James Myers. The performance will include personal favorite art songs, arias and musical theater songs sung at past recitals including a movement from "An American Requiem" composed by Keith Gates and concerts during monumental as well as challenging stages of Mr. VanNess life such as his years at McNeese State University and the passing of his mother - the musical heart and reflective portion of the concert.

Originally from Kinder, Louisiana Fred has lived in Beverly for the past six years. He was recently heard with the Salem Philharmonic in Salem, Massachusetts as a featured soloist. Mr. VanNess has sung with numerous opera companies throughout New England including Don Jose in Carmen with the North End Music Performing Arts Center, Don Ottavio in Don Giovanni with Longwood Opera, and Tamino in Die ZauberflÃ¶te with Opera del West. His other credits include Rodolfo in La Boheme, Dr. Cajus in Falstaff, Charlie in Das Kliene Magahonny and Fenton in Falstaff as part of the Montefeltro Music Festival in Novafeltria, Italy.

As a concert artist he has been a featured soloist with the Lake Charles Symphony, Salem Philharmonic in Salem, Ma, Reagle Theatre in Waltham, Ma and Castle of Our Skins a group of musicians dedicated to celebrating Black artistry through music. . His other concert credits include Handels's Juddas Maccabeus, Handel's Messiah, Bach's Cantata 131 and Scott Joplin's 100th Anniversary of his opera Treemonisha.

Mr. VanNess has been awarded the first place prize for the North Shore Star presented by The Beverly Rotary Club. He is also a recipient of The Coushatta Tribe of Louisiana Career Grant. In 2012 and 2013 Mr. VanNess was invited to be the guest soloist for the Robert F. Kennedy Children's Action Corps' Embracing the Legacy Awards at the John F. Kennedy Library in Boston, Massachusetts. 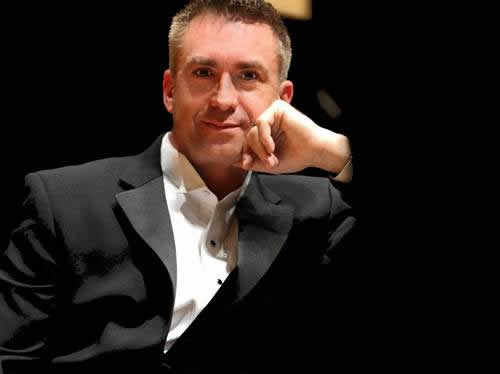 In 2008 he was featured on the Kurzweil double synthesizer with Opera Colorado's Naxos recording of Nixon in China, under Marin Alsop. He has served operatic teams at houses in Los Angeles, Orange County, Santa Fe, Rochester, and with Oberlin in Italy's traveling productions of La Traviata.

Currently he serves as Lecturer and Coach/Pianist with Boston Lyric Opera, supports collaborative teams at the Boston Conservatory and Concord Conservatory of Music, and he leads a substantial professional vocal coaching studio. With BLO he has prepared Madama Butterfly, Der Fliegende Holländer, Die Zauberflöte, Rigoletto, La Traviata , Janacek's Katya Kabanova, and is engaged for In the Penal Colony and Merry Widow. Through an invitation of the Boston Museum of Fine Arts he presented a course on Spanish Opera, and on Don Giovanni for Beacon Hill Seminars.

At the 2014 Classical Singer National Convention in San Antonio one of his former coaching students Teresa Castillo took First Prize Young Artist's Division. His students have won prizes at regional, national and international competitions. James accepted collaborative invitations to Classical Singer's 2015 National Convention in Chicago, Louisiana State University, Texas A & M University Corpus Christi, National Association of Teachers of Singing, and to serve as adjudicator at regional and international voice competitions. Past academic positions included Chapman University Conservatory of Music Los Angeles, Pacific Lutheran University, University of Tennessee at Knoxville, University of Northern Colorado and Metropolitan State University of Denver. A Rotary Graduate Fellowship supported his studies in Germany, and in France with an International Education Grant. Mr. Myers holds degrees with distinction from the Hochschule für Musik und Theater Hannover (Germany), the University of Colorado at Boulder, and the Eastman School of Music. He and his husband Justin VandenBosch reside in Boston.