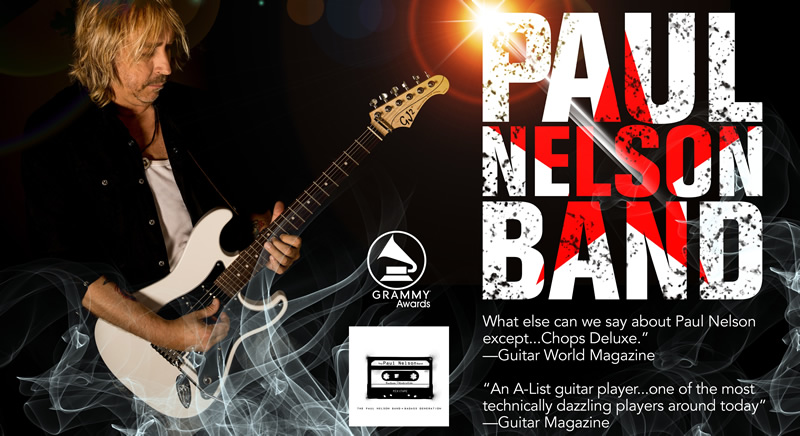 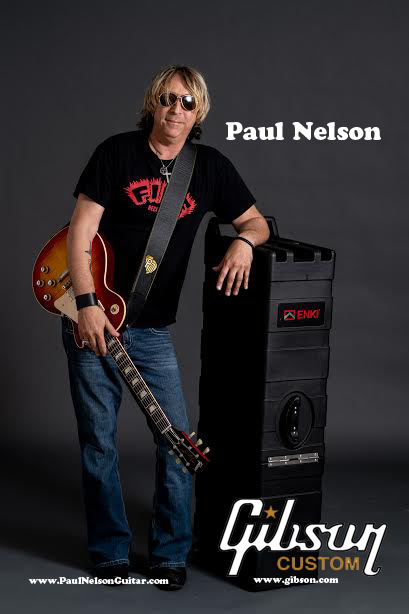 Paul Nelson is recognized as one of today's top guitarists/songwriters and producers not only having the distinction of being the hand picked fellow guitarist to the legendary rock/blues icon Johnny Winter but he has toured the world over performing and or recorded along side an endless who's who list of top artists from Eric Clapton and Buddy Guy to Slash, Billy Gibbons, Ben Harper, Robben Ford, Vince Gill, Warren Haynes, Derek Trucks, James Cotton, Joe Perry, Susan Tedeschi, Kenny Wayne Shepherd, John Popper, Dr. John, Larry Carlton, Leslie West, Joe Bonamassa, Sonny Landreth, Dickey Betts to Joe Walsh and more...

Nelson received a Grammy award for his work performing on and producing Winter's "Step Back" release on Megaforce/Sony winning "Best Blues Album of the Year" highlighting his already long list of Grammy Nominations. As well as the BMA "Blues Music Award" for "Best Blues/Rock Album" reaching #16 on the Billboard Top 200 and staying at #1 on the Billboard Blues Charts for weeks. He is also a recipient of the Blues Foundation's KBA "Keeping The Blues Alive Award".

Staying at #1 on the "Hot New Releases" charts for months Nelson's latest project "Badass Generation" on Sony Records still maintains his unmistakable connection to the Blues, but it also finds the guitarist showing his many other musical dimentions fans have come expect considering him one of music's most respected and influential contemporary artists...