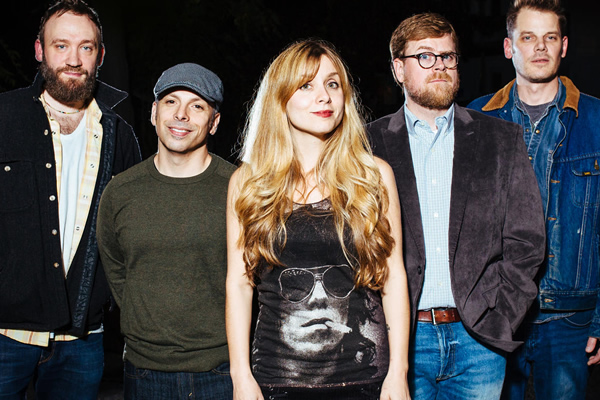 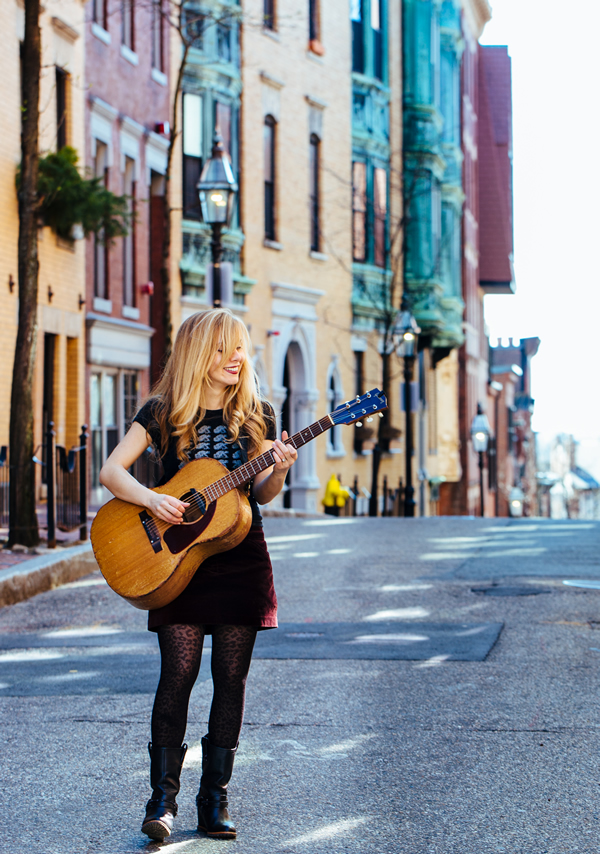 "Straddling the line where folk/roots meets rock/blues, Miraglia has a voice that can go from a raspy come-hither purr to an Etta James-esque powerhouse belt, although she may be best known for her lead thumb -- a heavy, thumping strike on her Gibson that's backdrop percussion in itself." - Lauren Daley - The Boston Globe

"The genius of Glory Junkies is that Miraglia successfully pokes fun at a proverbial "selfie nation," while also fully owning that tendency. Glory Junkies offers up deeply narrative lyricism and carefully crafted compositions...Glory Junkies boasts a song about reality TV, and one (the title track) that pokes fun at immortalizing one's own image. Others stray into more personal territory, hitting close to home on Miraglia's family dynamic, but the concept of the album remains a mainstay throughout." - Liz Rowley, BestNewBands

Danielle has toured and played major venues across the United States and beyond, shining in both the Folk and Blues circuits including New York State Blues Festival, New Bedford Summerfest, The Narrows Center for the Arts (Fall River, MA), The Birchmere (Alexandria, VA), The Ramshead (Annapolis, MD), Sellersville Theater (Sellersville, PA) and the list goes on ... .

Raised just outside of Boston in Revere, MA, where its famous beach is better known for girls with big hair than its history as a popular tourist attraction, Danielle was raised on a variety of popular music, from her parent's Motown records to the classic rock influences like The Rolling Stones and Led Zeppelin that encouraged her to learn to play guitar at thirteen. A passion for the arts and an outstanding gift for writing lead her to Emerson College in Boston's downtown theater district. After graduating with a degree in Creative Writing, she put her writing skills, originally intended for novels, towards songwriting and began performing at open mike nights in the Boston area. Here she "found her tribe" as she describes it and set out on a full time musical career.

Danielle's debut full length record "Nothing Romantic" was a breakthrough for Miraglia as a serious songwriting force, who could put into words what so many feel - a true explorer of the complexities of the human condition. Jon Sobel of Blogcritics.com described her song "You Don't Know Nothin'" as "One of the best new folk songs I've heard in years. Its depiction and dissection of human misunderstanding is both sharp and tender. All you need to know about what drives people apart and what draws them together can be witnessed in a few hours spent in a bar. Many of us feel something along those lines, but Danielle Miraglia is that rare songwriter who can put it into words."

Danielle's second release "Box of Troubles," explores the highs and lows that life has to offer with bare bones instrumentation. Alternate Root says "Danielle Miraglia's guitar work keeps Delta traditions alive. Her steady thumb and playing style trace a direct line to the blues of the field and chicken shacks. Vocally, Danielle's voice digs in, twisting within the delivery, seeming to break but more likely soaring before the fall. â€˜Box of Troubles' balances good times with the bad, her characters' roles' defined and believable."