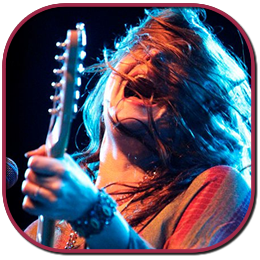 On the heels of her tour as John Mayall's special guest, Carolyn Wonderland is coming back to the Northeast this summer -- and she's bringing a stellar band! Don't miss their ONLY Boston area stop at Beverly's newest, most intimate, elegant listening room! 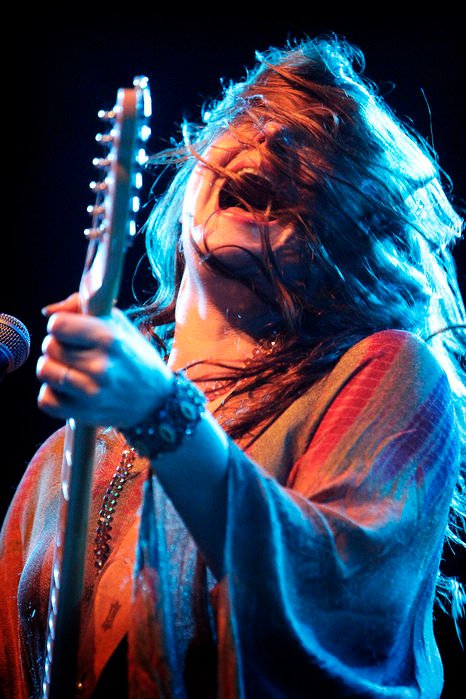 A musical force equipped with the soulful vocals of Janis and the guitar slinging skills of Stevie Ray, Carolyn Wonderland reaches into the depths of the Texas blues tradition with the wit of a poet. She hits the stage with unmatched presence, a true legend in her time.

Carolyn grew up the child of a singer in a band and began playing her mother's vintage Martin guitar when other girls were dressing dolls. She's gone from being the teenage toast of her hometown Houston to sleeping in her van in Austin amid heaps of critical acclaim for fine recordings Alcohol & Salvation, Bloodless Revolution, and more recently, Miss Understood and Peace Meal.

Along with the guitar and the multitude of other instruments she learned to play â€“ trumpet, accordion, piano, mandolin, lap steel â€“ Wonderland even thows in a whistling solo on occasion.

Her breakthrough album release was 2008's Miss Understood (Bismeaux). From appearances on PBS's Austin City Limits to top slots at major festivals around the world, Wonderland's album quickly reached the Top 10 on Billboard's Blues chart and her live shows left a trail of screaming fans in its wake. The follow up, Peace Meal (2011), was produced by a stellar cast including long-time supporter and inspiration, Ray Benson, and two-time Grammy winner Larry Campbell (the force behind The Band drummer Levon Helm and his recent comeback) and founding Monkee, Michael Nesmith.

Bobby Perkins is a man. A man of mystery. Bass player to the stars, he is a constellation. Nobody fully understands the inner workings of such a Perkins, but everyone tries. Born in Italy, TX, young Bobby traded a pig for his first car and used that car to drive to music. He keeps driving music to this day. He is known for his stints in bands like Chickenstrut, Larry, Topaz, Graham Wilkinson, Whiskey Sisters, Bruce Hughes' All Nude Army, and Carolyn Wonderland, with whom he currently sweeps up the dance floor with the four string thunderbroom.

Honey Talk is southern rock from the north, 70s rock from today, and 90s alternative sensibilities for the millennial mainstream. They are Boston's fresh, innovative, and comfortable Roots-Rock quartet that loves to Rock while honoring their Roots. Their sound relies heavily on vocal harmony, rhythmic persistence, improvisation, and compositional dedication.

The band released an EP entitled "'Real Original' Songs, Vol. 1" in the fall of 2018. They have been performing throughout the Northeast at venues such as Infinity Hall (Norfolk CT), Empire Music Hall (Portland ME), and Atwood's Tavern, and TOAD (Cambridge MA) and have been featured on radio stations such as 90.9 WUMB (Boston) and WEMF (Internet radio).