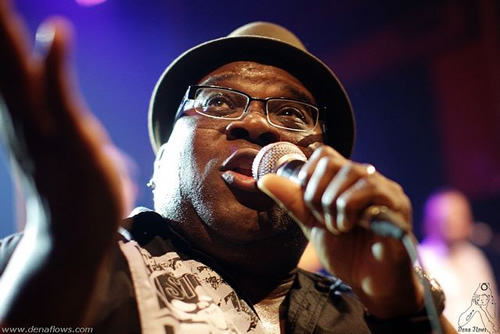 We're bringing a big stage and awesome sound (of course) to the back parking lot at the Manchester Athletic Club surrounded by trees and a rock cliff. Every car gets 2 parking spaces, so capacity is limited. Social distancing and all COVID-19 safety guidelines will be followed (see details).

Don't miss your only chance this summer to catch the legendary Barrence Whitfield with former Savages live on-stage right in your own backyard! 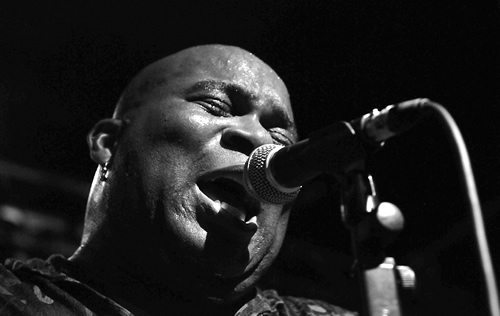 Winner of 7 Boston Music Awards, Barrence Whitfield is a full-throttle soul screamer in the spirit of Little Richard, Wilson Pickett, Solomon Burke and James Brown. He has been described as the owner of one incredible pair of lungs, with limitless energy and unmatched enthusiasm for his music and his audience. Barrence is a rarity in this 3--one of a few black, rock n roll singer/entertainers who Spin Magazine says maintains a "frenzied" performance.

Whitfield is a performer so consumed with satisfying his audiences that he has been called ‘crazed, frenetic and completely unhinged.’ Barrence, the singer made up of equal parts Arthur Alexander, Nolan Porter and James Carr this mofo burns.

After college, Barrence, like many organic music lovers, found himself working in a Kenmore Square record shop called Nuggets. There, he was discovered by guitarist Peter Greenberg, of the legendary Boston bands DMZ and The Lyres. Through this introduction, Barrence got his first taste of the rock â€˜n roll life and Bostonâ€™s music scene. Boston reciprocated in kind with 7 Boston Music Awards, including Best all Around Male Vocalist, Best R&B Vocalist and Best R&B Band.

Barrence was not just well-received in Boston but throughout North America as well as achieving stardom on a much larger scale throughout Europe. A BBC journalist and well-known disc jockey, Andy Kershaw, fell in love with Barrence after hearing a live recording of him and his band, The Savages. According to Andy,

going to a Barrence Whitfield show is always a full-body experience because you can't sit down from wanting to continually shake your body and dance!