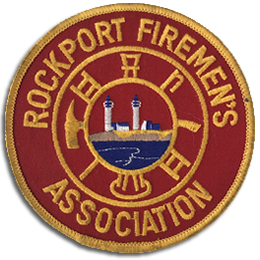 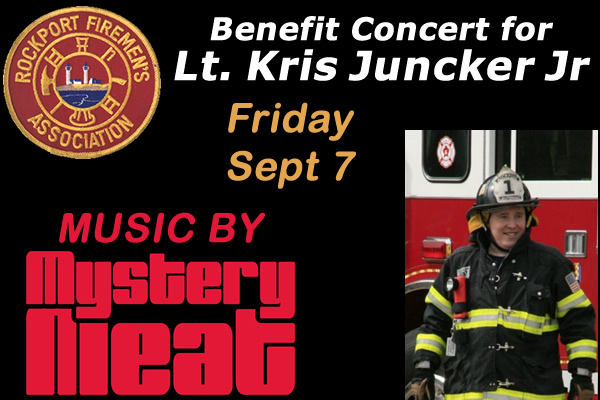 Rockport firefighter, Lt. Kris Juncker Jr. age 37 has been in and out of the hospital several times since 2015 when complications from asthma first sent him to Massachusetts General Hospital. Kris is awaiting approval for a lung transplant. Rockport Firemen's Association is putting on this concert to help Kris and his wife. See Gloucester Daily Times article.

Formed in the fall of 2016 Mystery Meat is a collaboration of musicisans who's other projects include: Dutch Oven, Runaround, Exit 11, and Thrill Ride. It all started when Bruce Figurido and Jim Frontiero ran into each other at a bar. Bruce said we should start a new band, Jim agreed and said, the first thing we need is a rock solid drummer, "do you know Steve Russo" asked Bruce? and Jim said "oh my god that's exactly who I was thinking of" the rest is history. Bruce brought in Marc Bona on bass and the four started rehearsing and compiling a set list. From the inception we knew we wanted to create a different type of cover band, a sound and more importantly a felling that in our opinion was missing from the local club scene. All the stuff you hear on the radio today with old school 90's hip hop and rap sprinkled in and delivered with an in your face rock show feel.

We knew if we were going to go down this road we would definitely need to add a female vocalist, enter Jessica Marie Marques. Steve and Jess worked together in Thrill Ride and this pint size power house completed the Mystery Meat sound.

The first few shows we're well attended and quickly helped establish a loyal following of fans we fondly refer to as MEATHEADS.

"We want our music to make you dance, sing out loud, stomp your feet and bang your head!"