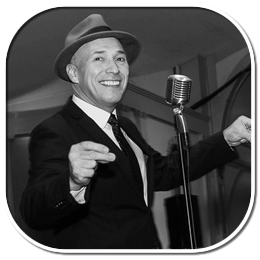 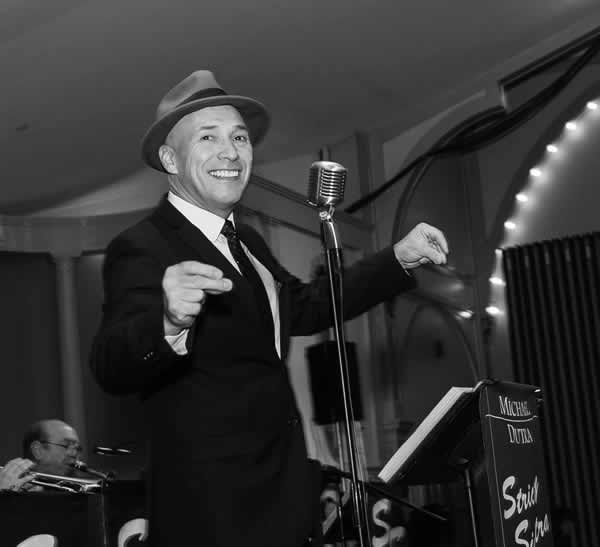 Don't miss your last chance this year to see Michael Dutra with his full Strictly Sinatra Band up close and personal at the most intimate, elegant listening room north of Boston!

Michael Dutra is a Rhode Island native, since 2002 he has been performing his tribute to Frank Sinatra all over the United States, from Las Vegas, to Miami to Boston, in supper clubs, dinner theatre’s, performing arts centers and corporate events and private parties.

Michael has been hailed as one of the finest interpreters of the Sinatra sound in the world, as said by Boston Globe Columnist Wesley Morris “ his sound is velour to Sinatra’s velvet, you really can’t tell the difference” Ron Della Chiesa of WPLM Boston Radio and Sinatra Guru said “Michael literally channels Sinatra” Most of Michael’s influence comes from his dad, “dad was always singing Sinatra songs throughout the house and I would remember the lyrics and join him from time to time, even at the early age of 7”. Michael recently recorded the vocals for a “twix candy bar commercial” being viewed in South America by millions of people every day. He has also performed at the world famous Waldorf Astoria Hotel in NYC opening for Howie Mandel. Michael continues to perform regularly from Maine to Miami approximately 275 nights a year in all types of venues. His true passion comes out when he is performing with his own Strictly Sinatra Band who appear with him touring primarily in Summer season in New England and Winter in Florida. For more info on Michael, please visit his website for upcoming shows and video and audio performances at www.michaeldutra.com Michael has performed for the following Notables:

Similarities between “frank and mike” both left handed, both 5ft 8in tall, both born december 12, both of their dads were boxers at one time.