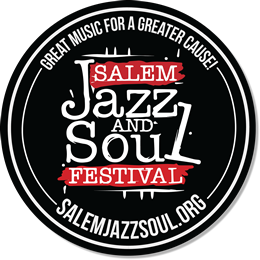 Carlos Menezes Jr. teamed up with friends and fellow musicians Paula Burns, Shawn Lowe, Mike Lentini and Rick Geraghty to form the 17-piece Cape Ann Big Band in 2010. What was once a dream quickly became reality when Menezes, the band's director, found the roster full in just a week's time. Driven by the talents of Cape Ann musicians, the Cape Ann Big Band prides itself in performing to entertain and connect with the local community. For Menezes, one of the great joys of the ensemble is the generational diversity among its members. Music is a worldwide language that connects people with community and penetrates the soul of both listener and performer. This is the very experience that the band strives to deliver through its powerhouse performances.

Inspired by the sounds of jazz, swing, New Orleans street bands, soul, and rock 'n' roll, the band prides itself in a repertoire without horizon. This season's repertoire will feature a number of vocal and instrumental standards from the "Golden era" of swing, pop tunes, and a number of show-tunes derived from popular films. "Moondance", "Wonderwall", Van Halen's "Jump", "Take the A Train", Glenn Miller's "In the Mood", and a tribute to Frank Sinatra and Basie are just a few of the charts in this season's repertoire. As one quickly learns, the organization, success, and mobility of any ensemble is only made possible by the efforts of its participants.

The North Shore Jazz Project All Stars, a student big band of select membership from high schools throughout the North Shore, is directed by Michael Tucker, saxophonist and Berklee College of Music graduate and teacher.

ABOUT SALEM JAZZ AND SOUL FESTIVAL

The Salem Jazz and Soul Festival is a 501(c)(3) non-profit organization that produces free concerts for the public and raises money to support music education programs.